Real MoneyBitcoin
As you all know, ESL Pro League is a famous online Counter Strike event that features high quality matchups between good squads on a weekly basis. This helps us fans to see good games in between major LAN tournaments and gives the crews a way to practice and compete for a large prize. There is another online competition quite similar to ESL. The ECS league features high quality games as well and has a large prize pool to boot. Today, we will be previewing season three of the event.

The first thing we will cover is the prize pool. Currently, it has a guaranteed seven hundred and fifty thousand dollar prize for the final offline stage of the event, which is a lot of a CS tournament. On top of this, they will have have monetary rewards for the top crews in each division during the group stages. This amount is yet to be disclosed, but they promise that the total prizes will add up to more than a million dollars. This is an impressive prize pool that ensures that competing crews will be motivated to win.

Let’s go over the team’s in each of the CS:GO ECS League Season 3 divisions, and rank them as well. I will provide a short analysis in this article and a quick power ranking prediction. On the European side of things, there are ten crews. 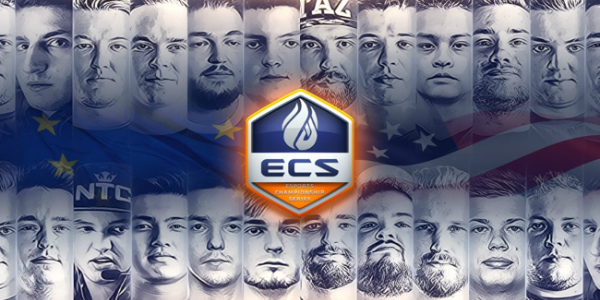 In tenth place, we have team Dignitas. They used to be a good roster when they had North’s current crew. However the new owners were forced to fill the squad with low quality players, so we cannot expect much of this new roster.

In ninth, we have Virtus.Pro. They are notorious for being bad online, so they will probably fail in the online group stages.

In the eighth spot is Godsent. They have the talent for sure, but they need their stars to gain experience before they can be a major threat.

Seventh place belongs to EnVyUs. They got the short end of the stick and lost a lot of talent in the roster mixup during the forming on the French super team G2. They need to breed young talent before they can be competitive again.

Sixth place is firmly in NiP’s hands. They looked awful early in the year, but have rebounded since bringing in Draken. They will look to go back to their winning ways in this competition.

In fifth, we have Mousesports. Ironically, losing their star in Niko has made this team better, as they are more cohesive now. They have a young, new prodigy in Ropz as well. They have a bright future and look good to compete in ECS.

In fourth, we have Fnatic. They have looked good recently, and attempt to continue their quest to capture their 2014 magic.

Astralis is third. Their strategy has been studied as they are reigning major champions, and they have become less dominant than they once were. They are still a powerful squad however that shouldn’t be underestimated.

G2 are in second as Shox, KennyS, and the other French stars are finally working together in a cohesive unit that will attempt to dominate the competition.

FaZe clan are in first place due to their recent victory at Starladder, and their good form this year.

Let’s swiftly move onto the North American CS:GO ECS League Season 3 division, which is quite a bit weaker than the European one.

In tenth, we have Luminosity gaming. They simply don’t have enough talent in their roster since SK and Immortals have taken all the good Brazilian players.

Ninth place belongs to Ghost Gaming. They have looked good recently, and it is impressive for a new team to do so well so quickly. However, their lack of experience will make it difficult for them to do much in this season of ECS.

In eighth place, we have NRG. They are currently suffering through a lot of roster turmoil, so it is hard to predict how they will perform.

The Renegades occupy the seventh spot. They too suffer from roster changes, but they still have three of their original members intact. They will look to break out this year in ECS.

CLG is in the sixth spot. They did relatively well in Starladder, but they too lack experience playing together. They will be a top tier North American team once they have played together for a while, but for now, they are sixth.

Optic is fifth, because they have looked terrible lately. They have the talent but have been unimpressive in 2017.

Fourth place belongs to Immortals. They too have the talent, and they are also suffering through unimpressive results. That can change quickly, however, as they had quite a bit of star power.

Third place is in Team Liquid’s hands. They have looked absolutely incredible since they kicked Pimp to bring in Twist. They look like a cohesive, well oiled machine. Look for them to wreak havoc in ECS.

Cloud9 is the second best squad in the division, behind their star Stewie2k. Can’t say much about them other than that they are one of the most talented teams in North America.

SK is first however, and they are the most talented guys in the whole west side of the world, behind only a few European crews. They will always have the mantle of the top CS:GO team from the Americas until someone can oust them.

Now that you have a good idea about the squads participating in the tourney, let’s go over the logistics and dates. Each division is treated as a separate entity until the finals, where the top performers compete for that huge seven hundred and fifty thousand dollar prize pool. Each team faces every other one in its division two times in two separate best of one’s. This results in a total of eighteen maps for each crew.

The top four squad from each division gets to advance to the finals, which means only eight crews will get the chance to showcase their skills in a LAN for ECS. The bottom two teams are kicked out, while the other eight continue onto the next season. The finals will take place in London from June 23 to June 25. So there will be a ton of online matches for two months before an action packed finale that will feature two intense days of competition. This event sure promises to provide a lot of CS for the foreseeable future!

Thanks for reading my article and sticking around till the end. I hope you enjoyed my analysis of the CS:GO ECS League Season 3, and were well informed by this piece.

Be sure to look out for future articles, and I will see you next time! Good luck!