The Atlanta 2017 Major for Counter Strike had a fast paced and exciting group stage with a ton of action! In the end, eight teams were eliminated and eight crews made the playoffs in this Swiss format. The quarter-finals will take place this Friday at the fox theater in Atlanta, so we will go over the performance of the eight remaining squads, my predictions for the CS:GO Major 2017 playoff, and the team I think will win it all!

So the bottom seeds that barely qualified with a 3-2 record are FaZe, North, and Astralis. These teams were all in many people’s surefire locks, so to see them struggle and barely make it was surprising for many gamers. Let us go over FaZe first. You really cannot blame these guys. They beat good opponents and the only reason they are 3-2 is because they lost to Gambit Gaming and SK . FaZe showed heart and dedication by still qualifying with a win over EnVyUs despite throwing a 15-9 lead against SK that many thought would mentally crush them. F-Clan are still a dangerous crew and should not be counted out! 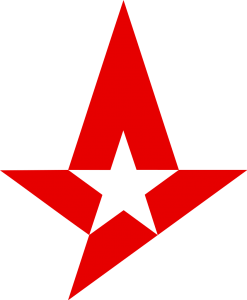 Next, we will discuss Astralis. Many thought they would cruise into the playoffs, and many people including me and renowned analyst Thorin thought they were odds on favorites to win the tournament. On the first day, they got crushed by Godsent 16-6 on Train, generally considered Astralis’s best map. However, crushing wins over Optic and G2 helped get them back on track. Device was an absolute god and was one of the best players in the group stages. They stumbled and lost to SK 17-19 in an overtime heartbreaker, but crushed Liquid 16-3 to qualify. Astralis still look like a good team, and anything can happen in the playoffs!

The last crew that qualified with a 3-2 record was North. They lost their first two matches against Gambit and Fnatic, and on their best map Cobblestone no less. Many guys thought that the team that was recently bought by a famous soccer club was headed for disaster. However North was not ready to call it quits yet. Behind a lethal one two combo of Magisk and Konfig, they squeaked out a win against Hellraisers, and beat G2 and Godsent on Overpass to qualify. They looked really good aside from MSL, and if he can wake up, they are a force to be reckoned with!

The teams that comfortably qualified with only one loss and a 3-1 record are current champions SK gaming, a surprisingly good Fnatic, and the complete surprise Gambit. Let’s go over these squads performance and outlook as well. SK cruised to a win over Hellraisers, had a comeback victory against FaZe, for crushed by Navi, then edged out Astralis. They look good with fox as a stand in, with good teamwork. Looking ahead to the CS:GO Major 2017 playoffs, they can make some serious waves with their experience and skill. 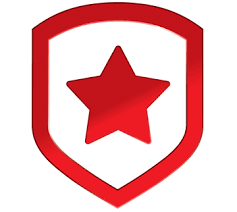 Gambit took everyone by surprise. I had them as my worst team in the whole competition! However, they rekt North to start, manhandled Godsent, barely lost to Virtus.Pro 16-14, and beat FaZe to easily qualify. They look like a good solid crew behind Zeus and the X-God, Dosia! Watch out for this dark horse to pull off some big upsets!

Lastly, Fnatic had a rocky road. They lost a close match against G2 to start off the tourney. They bounced back with three close wins against EnVyUs, Mousesports, and North to qualify. Behind Olofmeister, Dennis, and Krimz, they look like the Fnatic of old. This great powerhouse looks to make some massive splashes in the playoffs.

The two teams who passed through groups with a 3-0 record are Navi and Virtus.Pro. These crews looked unruffled and took care of their opponents of ease. First, we will take a look at Virtus.Pro. They started off by squeaking a win against Optic behind Snax’s AWP. They then barely beat G2 and Gambit to qualify. They looked strong and unruffled, and the teamwork that develops when you play for over ten years together showed clearly. Look out for the bears to maul some opponents enroute to a finals appearance.

The other team to qualify with a 3-0 record was Navi. Natus Vincere achieved a god like status in the groups, with three quick and easy wins. They lost twelve rounds… in the whole groups! They won 16-3 twice, 16-6 against EnVyUs and never looked ruffled or fazed. They looked better than the best teams in the world. Beating SK, Mousesports, and EnVyUs is not easy! The promise of this star studded roster is finally showing. If there is a tier zero Navi would be in it, because they looked a level above the tier one teams at the CS:GO Atlanta Major. They are my pick to win the whole thing, with the whole squad firing on all cylinders.

Let’s get into quarter final predictions. In Navi vs Astralis, I think Natus Vincere will completely overwhelm Astralis with their skill and deep map pool. Look for an easy 2-0 Navi victory.

Next, Gambit and Fnatic will face off. Look for Gambit to squeak out a 2-1 win in three close maps here. They looked good in the groups and what happens to Fnatic if their young stars choke under the pressure of their first big competition?

The third quarter final will be between North and Virtus.Pro. While this looks easy for VP on paper, I think North upsets in three maps. North must perform under the pressure of the new sponsorship, and the young squad will step up and get it done behind Magisk and Konfig’s aim and MSL’s in gems strategy.

The last qualifier is a rematch between FaZe and SK. FaZe threw away a 15-9 lead in the group stages against SK. Don’t count on a similar choke in the quarters. FaZe take it in an easy 2-0 victory in which the weakness of SK with a stand in is exposed.

Assuming my quarter final picks are correct I will pick the semi finals and the final as well. Navi will take on Gambit gaming in the semi final of the CS:GO Atlanta Major. Despite how much I like a Cinderella story and how good Gambit have looked, have you seen Natus Vincere lately? Navi take it home and drop less than fifteen rounds in an easy 2-0 victory.

The second semi final would be between North and FaZe. F-Clan have always had the aim and with the new addition of Karrigan, they don’t look like headless chickens with ak 47’s anymore. I like them to take it against North in three close and tightly fought matches.

The final would then be Navi versus FaZe. I personally love F-Clan as a team, but I can’t see anyone getting a map off of Navi right now. I like Natus Vincere to cruise to a quick and easy 2-0, and not drop a map the whole major.

Thank you for reading my article and sticking around till the end! I went 6-2 on my initial predictions, so if you follow me you will most likely make a ton of money!

Enjoy watching the Atlanta Major, good luck and see you next time!

Hello there all of you Counter Strike fanatics! I have some good news for you. I am sure that all of you are still reeling in from the results of the StarLadder Major in Berlin. Liquid has been dethroned by Astralis in there! However, I will not be talking about the Star Ladder Major here. […]

CS:GO fans, are you ready for the next big tournament that will be held in Russia? I am pleased to announce to all of you CS:GO players that Epicenter will be live on October 23rd all the way up to the finals date of October 28th. The venue for the event will be the Legends […]