This was an exciting week in Counter Strike with latest updates, new teams, and more! Hello all, and welcome to a weekly series in which we will go over everything that happen is Counter Strike in the week. Today we will discuss the map Canals, the Spectrum case, the Dignitas squad, and ESL’s updated policy for hackers. We have a lot to cover, so without further ado, let’s get started!

First up, early in the week, Valve released an update. The new things it added were the Spectrum case, and a map called Canals, which is currently is the non active duty pool. The crate is heralded as one of the best ever with exciting skins that look nice. It still costs three dollars in the market after a week, which offers proof that it may hold value.

This is due to some really nice pink and red skins, as well as super cool looking new knife patterns. Here are a quick overview of the best skins in the case. The best blues are the desert eagle oxide blaze which looks like a brown and white blaze, and the scar-20 blueprint.

As for the map, Canals is a small ground with relatively tight choke points. As many youtubers such as Warowl have already pointed out, it’s a good field for Deathmatches but terrible for Competitive play. Canals might just be the first “dedicated” Deathmatch map ever released!

Valve ended up doing a rare double update in the same week. On Friday, they removed the Negev and Revolver from competitive play while they do some “serious” reworking to the guns. I tried the guns out on a private server and right now they are really overpowered. I think Valve is going to slowly balance the guns to make them viable options again.

Now let’s move onto the pro scene. Team Dignitas was bought by the Philadelphia 76’ers last year. They recently signed a new roster that features headline stars such as Jkaem, Fox, Maikelele, and Pita. They look to be a formidable force, so be sure to lookout for them in the near future! I think Maikelele plans to be the main AWPer on this team, while 1.6 star Pita and Jkaem compete for the entry fragger role. Fox can be an ingame leader as well as a secondary AWP if needed. 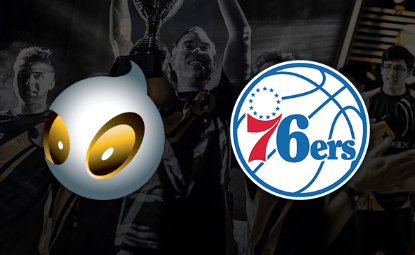 Despite all these other big events, the biggest news of the week was ESL’s announcement that VAC bans are no longer for life. After two years, these bans do not prevent you from playing in ESL’s Pro League. There has been much speculation as to the comeback of many players because of this news, as well as a loud outcry for a singular set of rules among all leagues.

The problem with this rule is that players might be able to compete in ESL’s events, but they still cannot participate in Eleague, Dreamhack, Valve sponsored majors, and many other tournaments. Much debate has started on whether a central organization with a central set of rules is needed. Personally I think such an organization is needed. If esports ever wants to compete with the major sports, they need to be united on one front.

The player that is most affected by this change is KQLY, who was banned three years ago. He was a star player, and many are wondering whether his great performances were cheats or skills. When asked if he plans to make a comeback, he said “there is a 0.1% chance”, but is glad for the rule change. Active players on the other hand, were not so happy. Both Karrigan of FaZe and FalleN of SK were outraged that the VAC ban system was changed.

They advocated for the unban of the iBuyPower team instead that was banned for a lifetime due to match fixing. They argue that cheating is a much more serious offense and that iBuyPower deserves another chance. iBP featured a lot of North America’s best players and the lack of talent in the NA scene can largely be blamed on the harsh ban.

Thanks for reading my article on the latest news around the Counter Strike scene. Be on the lookout for future articles on the scene, as well as an article about the upcoming Starladder tournament.

See you next time, good luck!

Hello guys, it’s me again. As promised, we will be continuing our weekly Counter Strike series where we go over all the major matches and news from the week, so you stay current with the pro scene. I know your time is valuable, so without further ado, let’s get started! Early in the week, the […]

Well, that was definitely a barn burner finish to Starladder. Welcome everyone to the third edition of CS:GO weekly news! Today we will be going over Starladder results, news about future LANs, as well as some roster mixups. We have a lot to cover this week, and you are probably short on time, so let […]

Another week has already passed, which means it is time for another news article! This time we will be covering Counter Strike: Global Offensive, and all the events that have taken place in the professional scene, as well as some shocking changes to the gameplay. There is a lot to cover and not much time, […]