Hello there card slingers! The long-awaited summer leg of 2018 Hearthstone’s Championship Tour will be held in sunny California! It will be held in Burbank, California which is home to the world-famous Blizzard Arena. The event will run from June 28th all the way to July 1st.

The tournament will be featuring 16 of the best players who qualified in the Summer qualifiers from each of their regions. The top four players of this battle will get seeds on the World Championship at the end of the year. Today we will make a preview of this event and provide our HCT 2018 Summer Championship betting predictions. 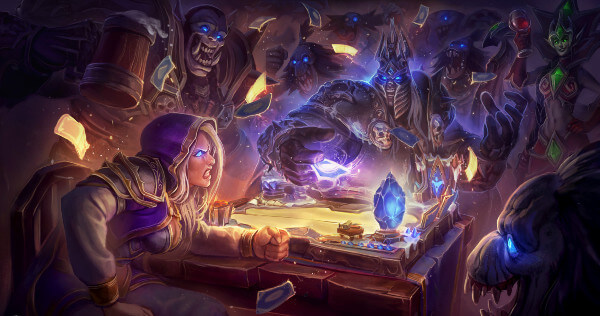 The tournament will be played in stages. Only the top 2 card slingers will be taken from the group stage. The playoffs, however, will be single elimination. Like I mentioned before, all of the semi-finalists will automatically grab a seat at the HCT World Championships as the best players from the Summer Championships. It will also feature a $250,000 prize pool.

The game format that will be played during the entirety of the tournament is the mode Conquest. The players will be bringing 4 decks and where one of those decks will be banned. All of the matches from group stages to the playoffs will be in a best of five series.

What is somewhat exciting in this HCT Summer Championship is the lack of very big names in this edition. We will not be seeing names like Ant, Pavel, Savjz, Amnesia and the like here. Gone are the days where we could easily predict half of the participants that will qualify for the Championship Tour.

So far, I only see 4 names that I have seen in multiple tournaments in the past, thus earning the right to be called veterans. Dog from the United States, Jinsoo from South Korea, Nalguidan from Argentina and lastly, Tansoku from Japan. Aside from them, the majority of players are youngbloods, which makes it really exciting and very unpredictable.

Allow me to announce the lineups that will be playing in the group stage, and also make predictions who will come out of it and advance to the playoffs.

The players from this first lineup are: Rase from Brazil, who also topped the pass for the Summer Qualifiers in the Americas. Viper who hails from Germany has tournament experience when he played for Team Germany in the Hearthstone Global Games last year. XiaoT, another newcomer, hails from China and grabbed the seat from being one of the top 4 in the Gold Series. And last but not the least, Tansoku, who comes from Japan.

Out of all of these players, I see Rase coming in first just like the Qualifiers in the Americas. As a newer player, he has been dominating lately and I would like to see him show what he has in the playoffs. The second player that will most likely advance from A will be Tansoku. As a veteran, he has experience backing him up. And since this is going to be played on the big stage, I am sure that the experience that he has will show.

I see Nalguidan winning overall in here. He has not reached any quarterfinals yet ever and I think its long overdue that he garners a spot in a World Championship seat. He came close to the quarterfinals in the Summer Championship last year. The second seat in the playoffs will most likely be taken by Bloodtrail. Taiwanese gamers have been successful in the past and with that kind of support, I see Bloodtrail going far in this tournament.

If there is a lineup that will most likely be called the Group of Death, this is it! The third division boasts the most pedigree out of all. First, Dog from the United States, who is one of the biggest players of Hearthstone is here. He has been one of the most technical players along with names such as Savjz.

Second, Jinsoo the South Korean, another veteran also resides here. Then throw in the 4th placer of the Chinese Gold Series here which is Rugal, and the winner of the EU Qualifiers Turna from Italy, and the Group of Death is complete. This has the makings of a Royal Rumble in here where everyone can beat everyone, which is making it hard for me to predict.

The first place in C would most likely come out with a loss. Topping this and advancing to the playoffs will most likely be Turna. Coming in close second is a tie between Dog and Rugal, with Dog taking the spot with a tiebreaker. AS much as I like Jinsoo, I think he will not advance to the playoffs. But who knows, this is a Group of Death after all and anything can happen in here.

The last and final lineup. This is somehow devoid of the big veteran names, but they still have notable names in here. First off, the American, KillinAllDay. He has made big waves last year and during Dream Hack. Second would be the Japanese, Glory. He is no stranger to big tournaments as well even though he just bursted on the scene a year ago. Third would be the Norwegian BunnyHoppor. He has consistently been a top player from the EU since his introduction over a year ago. And lastly the Chinese Leaoh. I do not have much regarding Leaoh since he/she is somewhat new in the scene.

Even with the lack of veterans here, I think that these players will also churn out quality matches and they would be somewhat similar to Group C with the amount of pedigree they have here. I see KillinAllDay taking the first place here by a big margin. It will be a close race between BunnyHoppor and Glory however for the second seat, with BunnyHoppor coming out with a slim margin.

We are going to see a great battle here, and I hope that you will find our 2018 HCT Summer Tournament betting predictions useful.

May the odds be in your favor and good luck!

The HCT Spring Championships will be held in Shanghai, China on July 7, 2017. It will feature all the top players that qualified from their respective regions. The 16 competitors will be battling it out for the coveted prizepool of $250,000 and the winner will automatically get qualified for the Hearthstone World Contest at Blizzcon. […]