What’s up all my fellow esports fans! Today, I will be talking about one of the more controversial and popular games to have existed. Yes! I am talking about Minecraft! Now, you might be thinking, “Minecraft?! When did that game ever become integrated into esports?! You are crazy!” All of us think that actually.

So if you want to know the real depth that Minecraft has and also see if there will ever be an esports event for this or a potential for one, grab a chair and make yourself comfortable as we delve together on the wonderful world of Minecraft. 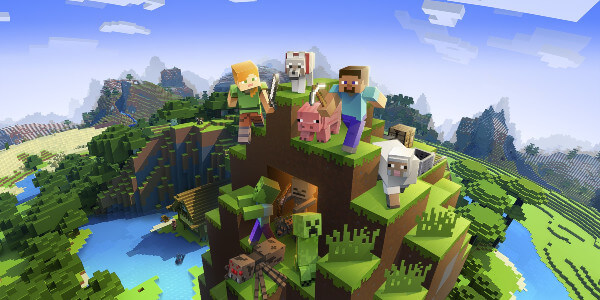 So first things first, let’s learn what this game is really about? Minecraft basically is a building simulator. Think of it as a big box of Lego bricks, only in an online setting. The game features two main modes when it was released way back in 2009, a decade ago. The first mode was an adventure / survival game, in which you are put in the wilderness and see how long you can survive. In this mode, you have to protect yourself from the elements by building a shelter, collecting resources and staying alive as long as possible.

The second mode is the creative / building mode. This is basically a free for all as you get the resources for free and you can build whatever you want. There is no objection or premise on this game mode as you can always do everything you want given that you have unlimited resources. So it is an open-ended sandbox where you can explore in your hearts content. It still is an adventure game, only one without the main goal other than being creative.

Now we have expounded on the game modes, we now head over to the play modes of Minecraft. The title is available for both single player and multi-player or online. Single player is fine to play and all but it kinda gets a little boring as the time passes. Minecraft is best played in the multiplayer mode or the online mode as you can interact with more people.

However, playing online in Survival mode is a double-edged sword. It is true that you have people to interact with, trade with or ask for help, but it can also mean the other way around. They can either help you or kill you to get your resources, troll you or do whatever they like. Think of it as a Battle Royale title or a huge MMORPG, only in a 3D blocky form. 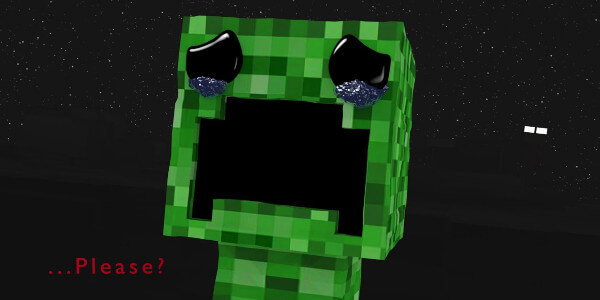 Now comes the fun part. I mean the title looks pretty harmless and looks safe for kids, right? Well, that is the main problem, my friends. These kids are a prime target for people who want to scam them out of their money and worse, some child predators actually use the online aspect of the game to look for potential targets.

Since there are a lot of servers of Minecraft, there have been numerous reports of scamming on a lot of servers. There are servers that the admins would ban you for no apparent reason and charge a fee if you want to be unbanned and keep on playing.

There are sites that have popped up that sells resources, but its main purpose is that for the kid to ask their parents for the credit card and use it on the site. Once the credit card has been used, they gather that information and either sell it to third-party buyers or put charges on that card itself.

The scariest and most controversial one is that a lot of child predators use these online titles to stalk and groom children that they have been targeting. There have been reports as recent as of September 2018 that there were people arrested by sting operation in one of the states in the US.

This along with other famous titles such as Fortnite, Roblox and League of Legends has long been an avenue for child molesters due to it having child-friendly graphics and most likely parents will allow their children to play these games. Aside from that, there are some servers that actually has no age restrictions and a lot of the reported cases came from these servers. 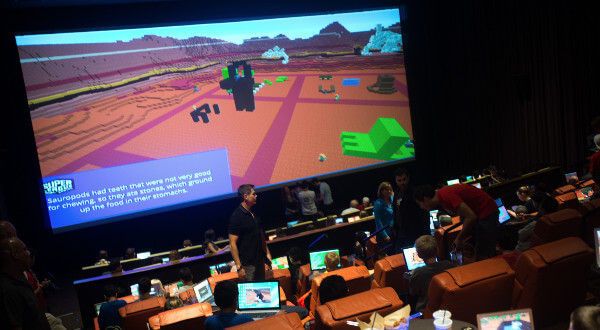 Esports and Future for Esports

To be honest, Minecraft is a title that is not actually suited for esports. Sure there have been events and challenges for the title like the longest survival mode or the fastest build, but in reality, it is not suitable for competition title. There are a lot of factors as to why this is.

First things first, the simple mechanics that the title offers. There is not a lot of actual skill involved in playing this game aside from the creative building. The game is designed for young kids to play, thus it does not rely on fast reflexes to be successful in the survival mode. Sure there are servers out there that offer high FPS, but in the vanilla game in which a lot of servers run on, most of the attacks are slower paced.

Second, it is really not competitive. There is no clear objective to be had that will force you or other people to win unlike in other competitive titles such as Dota 2, League of Legends, PUBG and Fortnite. The other titles I mentioned above have clear cut objectives, thus making it competitive as there is an objective in which the other team or individual completes would grand them the win.

In the instance of the MOBA titles, destroying the throne will win you the game. In the case of the Battle Royale titles, being the last one standing wins you the game. Even if you and the other players you play against actively avoid finishing the objectives, there are a lot of NPCs or situations that will force interaction with each other. The creeps in the MOBA and the shrinking play zone are the ones that will force you to interact with each other.

Minecraft does not have these elements. Even on a survival server, each of the players can just turtle their defenses and not do anything as there is nothing that forces them to have interaction with each other. A competitive title with no interaction from the players is just plain boring.

And lastly, there is no established competition for the title. No one is offering a cash prize or holding contests in which other people can compete with each other. The most recent one I saw was a Minecraft challenge on how long will they survive, and that was boring to watch. Sure, world building and shelter building is enjoyable to look at, but in reality, it has really nothing to offer besides that.

The title was made for casual players to play in casually. There is no hope for it to become an esports contender apart from the occasional build or speed run challenges. Now if there is a creative person who can actually create a third mode with clear cut objectives like the ones I mentioned above, then it is possible. Other than that, Minecraft should stay on the casual gaming / speed running genre. Nothing against you Minecraft fans, but that is the reality of it.

See you next time guys and good luck!

If I ask you guys the first ever first-person shooter game that became an esports title, what would be your answer? Most of you would answer Counter Strike. I have some people over Twitter tell me that the first FPS esports was Rainbow Six. Others would argue that it is Call of Duty. Some even […]

Today, I have something that I need to talk about. This topic affects all of us esports fans, whatever game you might like to watch in your free time. Be it CS:GO, Dota 2, League of Legends or even gamers from the mobile gaming community. This affects us all.  So what I am talking about […]