Well hello there fellow gamblers! Today, I will be discussing yet another way for us to bolster our chances of winning when we are placing our eSports bet. Consider this as somewhat a crash course on how to handle handicaps whenever we are gambling.

Handicaps, if understood correctly, will be able to generate us more winnings. I have been successful with my bets before it even crept up on the eSports scene. With handicap bets getting on the eSports scene nowadays, this mode of playing will be a very powerful tool for us gamblers to make more money by picking the right teams to put the bets on.

So grab yourself something to drink and a comfortable chair and let’s explore esports handicap betting. 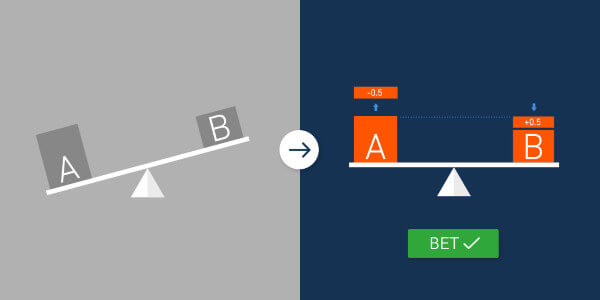 So what is handicap betting?

Handicap or spread betting has been present since the sports bookies added them in a way back in the early 80’s. Basically, handicaps are explained simply, with the same definition that you can find on any dictionary out there.

Handicapping means you are either giving one team a slight advantage over the other team because of factors that can be explainable within their own competition. This is mostly done by the bookies to provide excitement between the matchup by providing the said advantage that I mentioned earlier.

This is actually a very profitable betting line if you know how to play the odds and if you follow the competition closely and or have done enough research between the two squads that are playing in the matchup. 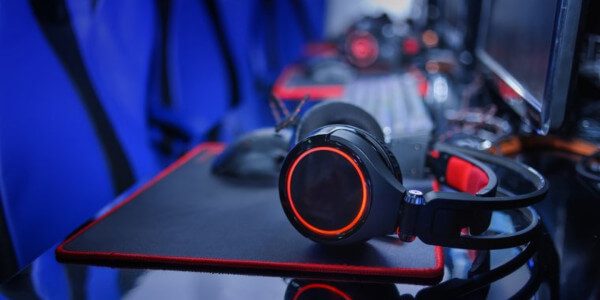 How does this work?

Handicapping is very easy to understand even for beginners. All you need to do is to choose one team over the other if you are trying to place a bet on and just decide if you will be giving it an advantage or a disadvantage. The higher or the bigger advantage you are giving the other team determines the amount of money that you will be winning.

For example, you chose Squad A and set the handicap to a +1. This means that Squad B will start the match on a one-game disadvantage. For example, on a game like Dota 2 which uses a Bo3 series. Squad A already starts out with a one-game advantage against the other team. All they need to do will be to just win one more game to be able to secure a win when the series ends.

Now let’s put this in a higher perspective. Let’s use the Bo5 series this time with the same handicaps set on both teams. With Squad A on a one-game advantage, they only need to win two more games to be able to seal the series on the bet perspective.

So even if they go 3-2 at the end of the matches, if Squad A gets the two wins first, then the person who placed the bet on Squad A wins the bet since they got to the three wins first even if they lost on paper. 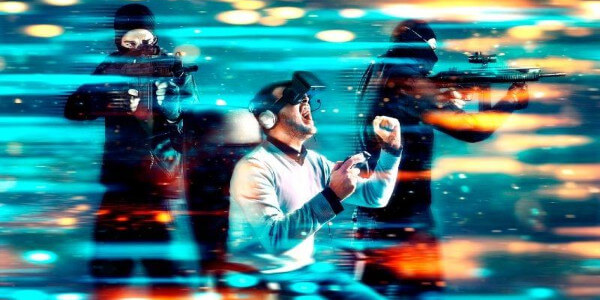 There are actually two types. The first one is the regular one where gamblers use whole numbers to provide advantages. This is mostly utilized on eSports titles such as Dota 2, Overwatch, CS:GO and Starcraft 2 to name a few.

The types of bets that can be made using this format are unlimited as you can go for the rounds won or the whole best of series. The first type is very simple to understand, thus this is the most used type of handicapping bets that we can see on most eSports bookies. This is mostly utilized on series matches where the possibility of a draw is zero.

The second type is called Asian. This is much more complicated than the other one as this involves using decimals on the bets. The only eSport title that is currently using this format is FIFA due to its nature. Asian esports handicapping actually eliminates the portion where you can draw the match by adding decimals.

This is perfect for a game such as FIFA because the score is ultimately decided by the end of the match, and would sometimes lead to a push or draw when the match ends. By adding the decimals, it eliminates the possibility of drawing the match and there will always be an eventual winner.

Asian handicapping is also suitable for a game such as FIFA since it is also used as a betting line on the real-life counterpart, and has been one of the go-to options for football enthusiasts and gamblers.

How to pick the right bets

Being successful in esports handicaps when gambling requires dedication. Why? This is because you have to know how to calculate the odds of winning or losing when put on a disadvantage. First, you have to know which of the two teams you are willing to go with that can handle a major disadvantage to being able to make money.

To be able to get this information, you have to be following the eSports scene you are trying to bet on and should be up to date with the latest news regarding the teams and the competition itself. You have to know which teams are more likely to win at a bigger score margin and which of those teams are considered as underdogs. This is very important as you make the most money if you bet on a team that is on a disadvantage.

Second, you need to be able to calculate how much disadvantage you are putting yourself into. Just picking a number out in the air just because of the rewards can sometimes lead to your downfall. If you pick too high of a handicap, you might as well just give your money away and kiss it goodbye if you pick an incredulous bet. You have to know the fine line between betting safely and betting with a high risk. Knowing where to draw the line is optimal if you want to make money.

Third, differing strategies. Sometimes you do not even need to put yourself at a severe disadvantage. Identifying an underdog team and betting on it at zero handicaps and advantages can sometimes win you more money than betting on a dominant team with a severe handicap. The risk is lower and the rewards are somewhat even or a little bit lesser.

However, this can be a good option for you to put your money on as the risk to reward is considerably easier to reach rather than putting your hopes on a severely disadvantaged team. All you need to do is to identify which of these underdogs would be able to pull a rabbit out of the hat. Again, this leads back to researching and dedication.

With all these tips and tricks, this can hugely impact your winnings and losses whenever you gamble. You can use these tactics to win big by picking the winning team on a regular bet and winning your handicap. This can also work the other way if you choose wrong. You can even draw yourself out by picking the dominant team as the regular bet then placing your money on the underdog on a handicap.

The possibilities are endless and it is up to you on how to play the system to get the maximum profit that you can get. Do not get discouraged if you lose on your initial bets. Keep playing and in the long run, you will become more efficient and be able to spot the good bets from the bad ones.

Biggest Esports Investors – Who They Are and Why They Invest?

I have repeated time and time again that eSports is one of the fastest growing enterprises ever in the entertainment and sporting genre. Not only it grows exponentially fast these recent years, it has managed to pull a lot of big money sponsors to their events. Companies such as Mountain Dew, Monster and Amazon are […]