Hello, there fellow gamblers! Today I will be talking about betting strategies for esports! I will be covering a lot of bases regarding on how to bet on your favorite games. Be it first-person shooters such as Counter Strike Global Offensive or Overwatch, multiplayer battle arenas such as the iconic Dota 2, League of Legends or Heroes of the Storm, or your favorite card games such as Hearthstone or Magic the Gathering.

There are different strategies involved in making the correct predictions when betting. It also differs from what game you are betting on. However, just so you know, this is not a 100% foolproof strategy as odds change as fast as a pin drops on the floor. And one more thing to remember, only bet what you can afford to lose, and not go overboard when you are losing. So without further ado, let’s get on with it!

The first one I will be talking about is esports betting strategies that apply to first-person shooters and moba games. There are a lot of different factors that affect the way you might place your bets.

First things first, what you need to look at is, since FPS and moba genres are team-based games, you have to look at which teams are dominating the scene you are wanting to place your bets on.

For example, in Counter Strike, there are two teams that come to mind right away that has been recently dominating the professional scene. These are Astralis and FaZe Clan. So, if they are playing against other teams, my first idea is to automatically bet on any of these squads.

The way I base my decisions on betting is that I thoroughly do my research first. You have to look at the team rosters, their current winning streak, their past accomplishments and basically looking at who’s on a hot streak and who’s not.

Now let’s break it down further. On the roster side, you have to look for particular players, who are actually famous for a specific sort of thing. Both Astralis and FaZe Clan have players that fulfill those important roles in the squad.

For in-game leaders, we are looking at both Karrigan and gla1ve. They are the ones responsible for calling strats, rotations, and placements of each of those players.

Now then the specialized role of the AWPer. We are looking at both Device and GuardiaN on these roles. These are the types of players that specialize in a specific weapon, namely the AWP, and it makes them really really scary.

And lastly, the lurkers. These are the guys who tend to stay behind the team and watch out for flanking positions while the others head forward. Olofmeister and Xyp9x fill this slot for both Astralis and FaZe.

Another thing to look for when you get the roster list is their technical skills. Things such as raw aim, strat execution, rotations and how well they really work with each other. This information can be gleaned by watching the tournaments themselves, either on Twitch or live in the arenas themselves.

Next up are their accomplishments and winning streaks. It is always easier to bet on the team or the organization who frequently puts up good numbers on tournaments time and time again. One thing to look for is trying to see how many Majors they participated in, and then out of all these majors, try to look for information such as how many times they were in the top 4 of the tournaments they joined in.

Now, with information such as these, all you need to do is a simple process of elimination. Just do a head to head with the players from both teams that are playing, and 90% of the time, the information adds up in making the right decision for placing the esports bets on the team that you really want to go with. 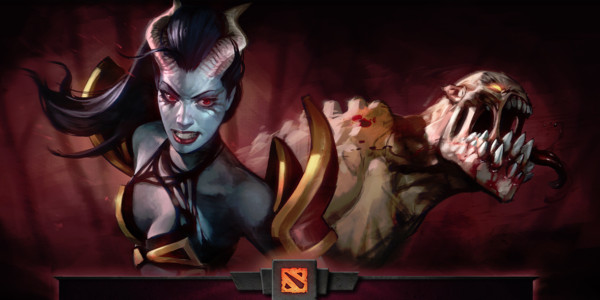 Now we move on to multiple online battle arenas, or MOBA for short. We will go with the game DOTA 2 as the basis of this as it is the largest esports game around with the biggest prize pools being offered to the players. With those settings, there will definitely be a lot of high-level matches going on around, which in turn gives us more tournaments to bet on. Hey, more money in our pockets right?

The tips for betting on MOBA games is basically just the same as for FPS games. The only difference is the technical skills that the players employ and also the roles of each of the players. For Dota 2, the roles to look at are the cores and the supports.

The core lineup consists of hard carries, the mid laner and the off-laner. The support lineup consists of the hard support and the farming support. You have to look for the specific player in a team who plays in roles such as these. I would like to use Virtus Pro as an example for this.

Ramses has been one of the most consistent carries recently. No[o]ne fills up the mid laner slot, pasha for the off-lane slot, Rodjer for the farming support and Solo as their hard support, and also the in-game leader. In a way, it is somewhat similar to CS:GO albeit with a difference.

There is drafting involved in Dota 2 matches because there is a very big hero pool in the game. So picking, banning and counter picking against the opposition is a must, and this is the type of quality that you would want to have the in-game leader to possess. This is true for Solo.

Next thing to look at are accomplishments, streaks and also the current meta game. I used Virtus Pro as an example for a reason. The last 2 majors they joined, they won both. And on the last one they won, which was ESL Birmingham, they did not drop a single game. It is like watching Virtus Pro do a master class on how to play their lanes, feel and read their opponents and also how to play with meta heroes.

Understanding the meta goes a long way towards getting more success when you bet on teams. Of course, you would not want to bet on a team that uses out of meta or nerfed heroes on their standard picks on tournaments.

Now for the last one, this is kinda tricky. Card-based games like Hearthstone are individual events. And although these games tend to be decided by luck of the draw or the flip of a coin, there are still a lot of things that you can predict when trying to bet on a player.

First thing to look at, deck building prowess. Hearthstone is a meta-driven game, and if one knows how to play around the meta, they would be able to craft a deck that can play around specific decks for a higher chance to win.

Also, deck building requires a lot of intelligence, which can also translate to their decision making during the tournament. When to play or hold cards, when to trade or go face. All of these affects the percentage of the player to win.

Now that I have discussed those common esports betting strategies, why don’t you guys try it out the next time you bet. Remember, however, always research before committing to a bet. Unless you have money to burn and money is no question, always research for information first. The stuff I use to make my decisions can be found freely when doing a Google search.

It is up to you then on how to go about with your bet, but I suggest that you do a head to head first before putting your money down. Also, things to remember. Always go for safe bets. It’s better to bet on something that is backed by facts.

But on occasion, if you have that gut feeling, you can always play the odds by betting on the underdog. Who knows, with the right decision based on solid facts, you double your money right away. Have fun betting and enjoy! Good luck!

PUBG Skin Gambling – How to Start Betting With PUBG Items?

Hello, fellow gamers from around the world! In this article, we are going to cover all the information you need to know about Player Unknown’s Battlegrounds (We’ll just call it PUBG from now on) skin betting and gambling market. Before we head straight into the focus of the article, let’s put some things into perspective […]