Have you ever played an online game and when people started talking using terminology that is alien to you but everyone else understands what it is? This happens to almost everyone who is new in playing a game, and most of the time we try find what the meaning of the words are but spectacularly fail since that word only applies to that particular game.

Fear not! Today, we will be talking about Esports slang! Yes, you n00bs heard it right! Esports and online games, in general, have their own language and slang. The more famous ones have actually transcended into mainstream media too. Now buckle your seatbelts and prepare to get educated.

First things first, I will be talking about the slang that is used in general. These are the words that can be used and can be applied to a variety of games and people will just quickly understand them. These are the most basic terms that you need to know.

This word pertains to a person who just started playing a game. In other words, they are beginners. However, this can also be interpreted in a somewhat insulting way as well, calling an old player a n00b means that he has a very low skill level.

This word has been seen in almost all online games which feature characters. The word nerf means to lower the strength of the abilities or stats of the characters themselves or the skills they use. The word came from the famous Nerf Gun which is a kid’s toy. Being hit by Nerf bullets does not do anything or even hurt thus using this term fits very well.

This is the opposite of nerf. To buff means to strengthen an ability and or stats of the characters or their skills. The word most likely came from working out in the gym. To strengthen muscles, or as gym rats would like to call it, to “buff up”.

This term has been used a lot in games such as Ragnarok Online, League of Legends, Overwatch, Dota 2 and also Heroes of Newerth. FF or Focus First means that you have to focus on a particular character to eliminate them first. Primary targets for being FF’ed varied from game to game. In Ragnarok Online, focused characters are the damage dealers like the Genetics and the Suras. On MOBA games, the targets range from pesky supports who heals their carries or the carries themselves who deal a ton of damage.

This is actually my most favorite gaming terminology. Instagib means you kill or get killed by a person in one or two shots in between 1 to 2 seconds. This term is widely popularized by Quake and also Ragnarok Online, but I have been using this term back in the old Half Life days.

This is the term used mostly in FPS shooters. To frag means to kill someone by shooting or launching a grenade to them. The term originated in Half Life and also Quake as when someone dies in this game, their bodies used to fragment into little pieces, hence the usage of the term “You got fragged”.

These are roles that have been used in a lot of games. These are designations of each and every character while playing a team game. Be it in a 5 on 5 scenario on most mobas like League of Legends or Dota 2, or it could be on a much wider scale such as guild vs guild games such as Ragnarok Online, RF Online, World of Warcraft and other MMORPG games.

A tank means that you are a character that usually goes in first in a battle and try to soak up as much damage as you can to yourself while your DPS or Carries goes to town on the other team. Examples are Axe in Dota 2, Rune Knights, Mechanics or Mental Strength Suras in Ragnarok Online and Black MAUs in RF Online.

Carries or DPS characters are the glass cannons of the bunch. They usually are the main sources of damage of the team and responsible for eliminating or severely damaging the other teams or opponents. Genetics and Suras in Ragnarok Online come to mind and heroes such as Phantom Assassin or Anti Mage are the best examples for Dota 2. If you think about it, Phantom Assassin also has a very high chance to instagib the supports with a Blink Strike or a single Dagger.

Supports. These are the classes that are very important in team fights. They have skills that damage a wide area and also inflict status effects on opponents from the other team. Aside from that, they are also responsible for healing. Perfect examples of these are Arch Bishops, Minstrels, and Gypsies in Ragnarok Online. For Dota 2, common support heroes are Crystal Maiden, Lion, Ogre Magi and Voodoo Jester.

And lastly, for the universal terms, are these two acronyms. They stand for Good Game Well Played and Good Luck Have Fun. GLHF is usually used at the start of matches as a way of showing mutual respect between the two teams. GGWP is usually used at the end of matches, be it a draw or the match decides a winner. GG is also used as a way to surrender the match in Dota 2 when one team says it first.

Now that we got all the common and universal terms out of the way, we will be concentrating now on some of the more game specific terms that are widely used in their respective games. I will be separating them by the games they are used in.

Heaven is a term that is used mostly on maps such as Overpass and Cache. This is because there are points of the map that are slightly elevated and overlooking down on a specific bombsite. On Overpass, it can be found overlooking the B bombsite from the CT spawn and on Cache, it can be found overlooking A bombsite from the CT spawn. This is also the location where Simple made his famous double no scope shot where Valve made a permanent graffiti on it to commemorate this feat.

This is a section of the map Inferno. This is the pathway going over to the B bombsite from the T spawn. The reason for calling it banana is because the pathway has a curvature similar to the shape of a banana, hence the name.

Catwalk is a narrow strip of land or a walkable area on the map. These are usually elevated as well. There are only 2 maps that have used catwalks and that is on Dust 2, which the catwalk is the path if you are taking the Short A route. It can also be found on Cache, overlooking the A bombsite. Arguably, there is another one on Train overlooking the B bombsite but not everyone is comfortable calling it as a catwalk.

In CS:GO, there are always 2 ways to get to a certain site. On some parts of the map, they are labeled long and short as it is an indication of the stretch of the map you have to traverse before getting on the site itself. In Overpass, the path on the left side of the bathrooms is called Long A. On Mirage, the path going to B if you are traversing from the middle is called Long B. Dust 2 both uses Short and Long when you are trying to get into the A bombsite.

This is a section on the map Train that is located on the bombsite A. The exact location of this is the left most pathway that is sandwiched between the wall and the train when heading over to the A site from the T spawn. This was called The Olof because olofmeister used to rush this area to take frags when entry fragging thus it became synonymous to his name.

These are the shortened terms for the grenades that are being used in CS:GO. Only the T side has a real molotov cocktail while the CT side has the incendiary grenade. They both do the same thing however hence the term used for the two of them is called Molly. HE is the old term for the Frag Grenade that CS:GO uses. In the old days such as Counter Strike 1.6, the frag grenade used to be called HE Grenade, hence the name. 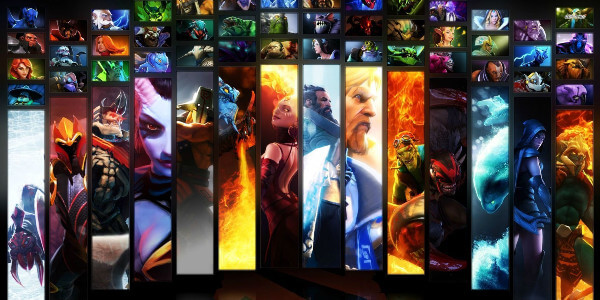 This is the term that usually defines lane and also a role in mobas like Dota 2, Smite, League of Legends, Heroes of Newerth and also Heroes of the Storm. The mid lane is usually occupied by the secondary carry of the team that needs to have an early farm to be able to gank.

This is the lane that is generally occupied by the third core. The person who occupied the third lane usually needs to just get levels and also some gold to be able to help the team out in the team fights in the future. Classic offlaners are the tanks.

This is the lane most usually occupied by the carry. There is an easier way to interact with jungle creeps here and the carry is usually accompanied by either one or two supports who babysit them so that they can farm efficiently.

This is when someone leaves their own lane to go and help out to kill an opponent on a different lane. The heroes who usually do the ganking is the midlaner who has gained more levels than the others or supports who go to a different lane to help out getting or securing kills.

This is the place where that is between all the lanes. Jungles usually have neutral creeps where the carries or a dedicated Jungler is farming the neutral creeps. The jungle is hidden and most likely covered by the fog of war and this is where the ganking mostly is initiated.

This is the act of slipping away or evading an opponent trying to kill you. Juking at a high levels means the understanding of how the fog of war works and also knowing the terrain.

This is the most common terminology that is used in most FPS shooters, online games and MOBAS alike. These words are really easy to remember and I really hope that I shed some light for you newbies out there. Use this as a reference when trying to do callouts to your team in your next match or if you are just trying to understand what the casters say when you are watching an eSports event.

How Much Do Twitch Streamers Make? Start Earning Yourself!

You all have seen KSI, Shroud, Ninja and a lot more of these content creators drive fancy cars and live in big houses. They tend to be playing for 8 or more hours a day on Twitch or YouTube, trying out different games and technically just enjoying themselves. That begs the question, how much do […]

Is Esports Betting Legal in Your Country? Check out!

Esports has come a long way since its inception in the early 2000’s. From a very small market targeting teens and young adults in its early days, it has turned into a big market nowadays with a lot of investors and corporate sponsors. It has turned so big that it even rivals some of the […]