With the culmination of the most recent Minors in Ukraine, which is the StarLadder Minor, the stage is now set for the next Valve sponsored Major. This will be the 4th Valve Major that will be held this year. This also closes out the DPC season, and after that, all we will be looking forward to is the big event, The International.

That, my friends, is a long-awaited Epicenter Major. The tournament will be held in Moscow, Russia in the lovely VTB Ice Palace. The event will run between June 22nd up until the Grand Finals on June 30th. And since this is a Valve Major, teams who will be competing here will receive a total of 15,000 DPC points split between all the competitors.

This will also feature a $1,000,000 prize pool. The winner of this event will receive the lion’s share of the spoils of war, with a third of both prizes going to them, $350,000 and 4,950 DPC points. This will also be a chance for other teams to receive an invite to The International 9 if they manage to secure a nice spot in this event.

In today’s article, we are going to check the list of participants as we as give our betting predictions for the Dota 2 Epicenter Major 2019 event held in Moscow. 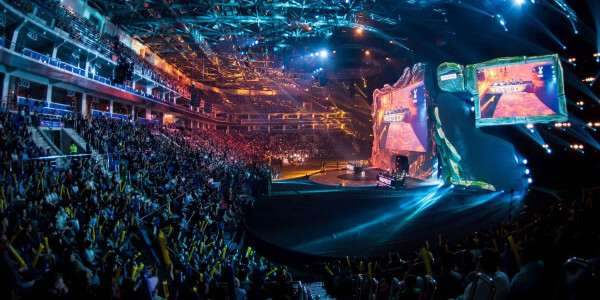 16 teams will be battling it out for the chance to get an invite spot for TI 9. These 16 teams are Team Secret, Team Liquid and OG from EU, Gambit Esports and Virtus Pro representing the homeland, PSG LGD, Royals Never Give Up and Vici Gaming from China, TNC Predator and Fnatic from the SEA region, Forward Gaming and Evil Geniuses from North America, Pain Gaming and Infamous from South America, and last but not the least, Ninjas in Pyjamas and Alliance who secured their spot from being the Finalists in the StarLadder Minor.

However, 8 of these teams have already secured their TI slots from direct invites. These 8 invitees are Secret, Liquid, Ninjas in Pyjamas, Virtus Pro, PSG LGD, Vici Gaming, Fnatic and Evil Geniuses. So the rest of the other teams who have not been invited yet still has a chance for that direct invite if they manage to place well in this event and if they have enough DPC points on stand by.

The most likely candidate for that right now though would be OG and followed by TNC Predators. If either OG or TNC manages to finish within the top 4, they would be able to secure an invite just by points alone since they are currently sitting in the 10th and 11th place of the Pro Circuit rankings. 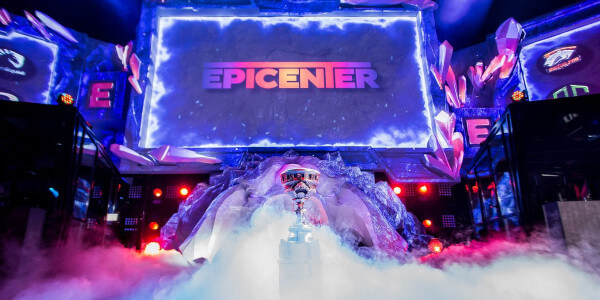 Since the format is not properly defined yet regarding the group stages, I will just go ahead with the predictions. The tournament format, if I am guessing, will be fairly similar to the one used during the Paris Major, so most of you Dota 2 fans already know how that works.

Let’s just dive into the nitty gritty and just go right to the bone, the betting predictions. This is actually the moment where almost everyone visits this site. I bet some people have won based off of my predictions, so I am happy to oblige and help out.

I will be picking the teams that will most likely come out on top in here. I do already have 4 in mind that will take the 1st to 4th spots, but I will still pick up a dark horse, someone that will manage to surprise us and probably come out with guns blazing.

Now, for my first pick and since I am a Virtus Pro fanboy, I pick them. I am not entirely sure if they would manage to win the whole tournament though since Secret is also participating, but I still stand by VP and know that for sure they will do good on this event. There is a reason they did not go to Birmingham earlier this month since they wanted to prepare.

However, I am fairly certain that they will be able to reach the later stages of the playoffs. Who knows, we just might be able to see what all of us has been waiting for, the classic showdown between Secret and Virtus pro.

The next team I am picking will be the team who will most likely win the whole tournament. It is none other than Secret. I mean there are 5 Major events this DPC season. They came in second during Kuala Lumpur against VP. They won Chongqing against VP. Then during Dream League, they came in 4th. Eliminated courtesy of VP. See, there is bad blood between them, hence I am hoping for another grand finals with them. However, back to secret.

Let’s look at what they did after Dream League. MDL Paris, they wrecked everyone in there. Birmingham, they wrecked everyone in there too. Oh and also, before the Dream League, they also won Katowice. If you look at it statistically, they have been the strongest team in this season. They have won all of the competitions they joined in except for the Kuala Lumpur event last year and also Dream League in Stockholm this year, so I am fairly certain that they will retain that quality and most likely cruise their way to the Grand Finals again.

Next up will be EG. Although they have not won any major tournaments this season, by far they have been one of the more consistent teams to compete though. They came in 3rd place 3 times this season, in Kuala Lumpur, Chongqing and in Paris. then they landed 5-8th place during Dream League. With the competition that they are facing in the late stages of the tourney, that record is pretty impressive in my book.

Granted, everyone I will be picking in my predictions has the capability to win the event, but other than the big powerhouses like Secret and VP, EG is the only one who the biggest chance to take the crown away from those two. This is also another rivalry with Secret that I want to see as it was Puppey and his crew who beat em earlier this month in Birmingham and also the one who eliminated them from Chongqing.

Last of the teams I am picking for the top 4 would be PSG LGD. The Chinese squad has been phenomenal ever since they were picked up by PSG. Although they have not won under their belt during this season, they have been a consistent top 8 squad every time they play in these tourneys. Both times they even managed to slide in the 4th spot effortlessly, only falling to the stronger teams such as VP or Secret.

However, this will be their big chance right now to be able to secure a win to close out the season. Everyone on their roster is healthy right now and they have shown that they can compete with the big boys if their Birmingham game is of any consequence.

And now, for my Dark Horse pick, it will be none other than OG. With Ana back in the roster, they are managing to show some spark of life. I see glimpses of what they can do with their roster back in line just like when they won TI 8. Also, I am rooting for them since they are the closest squad to be able to secure a direct invite. A 5th-6th place will grant them 900 points, which will bring their totals to 1, 848 DPC Points which is one point short of the 1, 849 required for a direct invite.

But since there will be 12 invite slots to be given out by Valve, and with 4 still available, OG will most likely get sent to the TI 9 for free. Oh, and I would also like to see them play against EG. With the bad blood between those two squads, due to s4 and Fly leaving them prior to TI, this will be an awesome grudge match that will be remembered for ages.

Please share your own predictions for the 2019 Dota 2 Major Epicenter tournament in the comments section below, so we could check who is right and who is not after! Good luck!

Alright, fellas! Here we are again, on the majestic month of April! And why do I say majestic? Well, this month has really been action packed for all Dota 2 fans! As of tomorrow, ESL Mumbai will be starting. But we are not here to talk about that! I am here to talk about the […]

What is up all of you Dota 2 fans! Today, I will be writing about the build-up for the upcoming The International 2018 that will be happening in August. For the first time ever, the tournament will go out of the United States and will be held in the Rogers Arena in Vancouver, Canada! During […]