Dota 2 is a competitive esport, like many of Valve’s original games, so naturally, if you like playing Dota 2, you’ll want to get MMR as fast as you can to look sharp and to just be a good player. This guide will show you how to get that sweet MMR as quickly and easily as possible, although we don’t guarantee any of these methods will be completely effortless.

As you may know, Dota 2’s MMR system was recently zeroed and everybody that plays the game has to start right from the beginning. Of course this is an issue for many people that are veterans and want to get back up to the top, so don’t expect easy games. It’s definitely likely you’ll see more experienced players in your matches, and you may get to a level that you don’t wish to be at.

Some of the simpler ways that you can improve your Dota 2 MMR and get to the top are:

Of course you can’t always find a good teammate, and some people on your team may troll or throw, but do your best and you’ll see the results. Tilting is a huge issue in all competitive games, and doing so is terrible for your gameplay! You’re essentially digging yourself into a hole with a losing mentality and you won’t try nearly as hard as you would in a regular battle. If need be, go outside or just leave a match and try to find another one.

Not all games are guaranteed to be troll- and noob free, and you can deal with this very easily by just leaving. Your MMR will go down, but it’s always better to leave a game than waste time on it. On the other hand, though, if you are just in a general slump and can’t get your form back, just take a break! You’ll lose more MMR by losing matches than by just taking a break, whether it’s just thirty minutes or a few days.

If you start getting three or four losses in a row, there IS something wrong and you may need to look at your performance and review some more basic concepts to attempt to get your form back. Every decent player in Dota thinks he has the basics down, but by just looking at an average player’s game, you’ll see many small mistakes that snowball into a loss. Try to see the bigger picture and examine what each hero plays and even more basic mechanics and see what does what – don’t be a machine and do the same things over and over again.

Like many FPS games, you can get burned out in Dota and you can become predictable by an enemy. Try to develop strats and test them in a practice. It’s okay to play a match to see what strats work and what strats don’t work – you may lose a bit of MMR, but learning is going to get you better Dota 2 MMR over time. 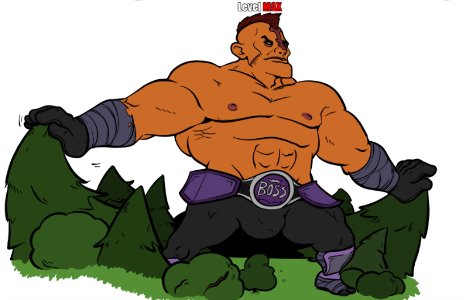 How do pro’s perform?

Watching pro streams can also be helpful for getting yourself to a better level in Dota 2 as long as you pay close attention to what the pro does and you’re not just generally watching the stream. Try to pick a player who has a style similar to yours – you’ll have an easier time trying to improve your style.

This is a very common mistake lots of users make, and if you choose to model a guy that has a different style than yours, you’ll get a little confused and jumbled up. Hybrid playstyles are also possible, but they’re difficult to learn and you’re better playing like you are right now.

Try to pick heroes that you already know how to play and improve on them. Matches are not times to learn, they’re times to apply what you have learned into a real game. If you’re trying to improve your gameplay, the middle of a battle is not the time to do so. You won’t have enough time to actively improve yourself as chances are you’ll be too focused on the match itself.

Again, if you feel like you’re not doing so good, take a break or try to go back to the basics. Above 4000 MMR, people will become more focused and less like bots and small mistakes will become what you will need to improve on. Players from that point on aren’t stupid anymore and you’ll start to go up against people that are better than you, which is a good thing!

Many people hate when a smurf goes into their game, but these times can actually be good if you go back and analyze the match afterwards and see what that user did. You can learn a lot from watching and analyzing the plays that users better than you do. Many people have picked up valuable things like this, and it won’t hurt if you get stomped anyways to see what went wrong and how you can improve.

Try to create a team!

At higher levels, you will need to learn your enemy’s tendencies and what they prefer to do on x rounds and so on. You can try to bait them into places or play passively or agressively, whatever works. Just remember to keep yourself dynamic so that your enemy can’t predict you and so you can keep predicting what your enemy is doing – this is something you will absolutely need to learn to get into a higher level and it’s very important, no matter what MMR you are at. Doing so will make you good even without the best strategies, although you may want to practice strats with your premade if possible.

Going up against premades will be tough, and you will need to make at least some contact with your teammates and make rudimentary calls to help them out. Even if someone on your team is triggering you hard or trolling, KEEP CALLING. You are benefiting all the other players on your crew that aren’t trolling, and by doing so you are also helping your squad get that win which you will need to increase Dota 2 MMR fast.

Don’t clam up if people are making fun of you or trolling, if you do continue to make calls they will play off of them and in some cases it will get you a win, although it is not guaranteed. This is especially important when playing solo, as the enemy will have better teamwork than your own team, which can be very difficult to counter. A mix will always lose to a premade, strategically and teamwork-based crew.

Finally, don’t resort to boosting or cheating, nor buying accounts. This will get you nowhere and it’ll tick off people at higher levels (You don’t want bad people in your game, so don’t ruin somebody else’s experience by being boosted!). You also learn absolutely nothing and you’ll rely on boosting or buying new accounts to keep yourself at your desired rank which can get costly.

By naturally getting good at Dota, you’re holding a rank for free and without assistance so you can feel even better about yourself. Buying boosting is a nasty habit to get into and you really shouldn’t do it as it’ll cost you not only precious time but also money.

If you enjoyed this guide, feel free to share it with your friends or with someone buying boosting right now or new accounts- hopefully they’ll stop. If you want more Dota and gaming-related articles, just keep following us and we’ll keep you posted with the latest gaming news and tips.

See you soon and good luck!