It is just a few months after the conclusion of TI 9, and the first Valve sponsored Dota 2 Major is here! This will be one of the five major tournaments that Valve hosts during the entire Pro Circuit season. This will be the Chengdu Major. This tournament will start on November 16th and will run all the way up until November 24th. Chengdu’s Century City Convention Center will be the home venue for all the tournament action.

Just like any other Valve DPC tournaments, this will offer a prize pool of a whopping million dollars. $300,000 of that cool million will go towards the winners of the tourney. And since this is the first Valve Dota 2 Major of the year, the event will also award a total of 15,000 DPC points to be distributed to all of the participants. The eventual tourney winner, however, will get almost a third of the total DPC points allocated, which is 4,850 points. This will be the starting point for those organizations that want to qualify directly for next year’s The International.

Let’s check out the list of participants and also come up with the betting predictions for this Dota 2 Chengdu Major.

There will be a total of 16 teams that will be competing in Chengdu. These will be Alliance and Liquid from the EU. Vici Gaming, Team Aster and E-Home representing the host country China. Gambit Esports and Team Spirit from the CIS region. Fnatic, TNC Predator and Team Adroit from the South East Asian region.

Evil Geniuses, Fighting Pandas and J. Storm from North America. Beastcoast and Team Unknown from South America. And to complete the 16 team roster, it will be Invictus Gaming, who qualified for their spot thru the recently concluded The Summit tournament in Los Angeles. 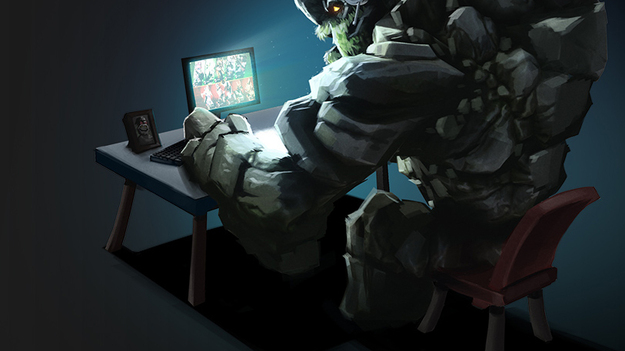 There have been no major roster changes since the tournament in ESL Hamburg affecting the majority of the squads. The only other notable roster change recently was that of Team Spirit. The old Spirit roster left the organization and formed Old But Gold prior to The International. That left Spirit without a lineup.

However, they just recently picked up the roster a couple of weeks ago. Spirit picked up the 4 stacks of players from the Positive Guys such as Ghostik, iLTW, Misha and Ergon. They also managed to snatch up Immersion from Gambit Esports to complete their roster.

These 16 teams will be separated into four groups. The group stage will consist of each squad playing against each other in a GSL format. Only the top 2 squads from each group advance over to the upper bracket of the playoffs. The bottom performers from each group will be seeded in the lower brackets. All the matches in the group stage will be played in Best of three.

The playoffs will be double elimination, which is the same tested and proven format that the DPC circuit has been using for years. Only the first matches of the Lower Bracket will be single elimination though, and these matches will also be the only Best of One matches in the entire playoffs. All other matches in the lower and upper brackets will be played in Best of three, while the Finals will, of course, be Best of 5. 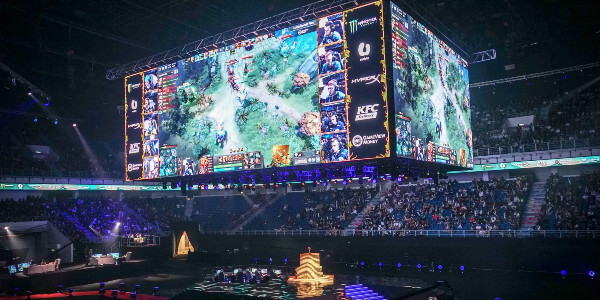 And now, on to the most exciting part of every tournament, the predictions. Since this is the first DPC Major of the year, and there is actually a lot of the more established organizations missing from the competitors’ page, I think as a whole Chengdu Majors will be one of the most exciting Dota 2 tournaments. This is due to the lack of rosters like the Old Liquid, Secret, Virtus Pro and even the back to back TI winners, OG.

With the absence of those teams, I think the matches here will be much more dynamic due to the reason that there are rarely favorites in here aside from a few of the more established names like TNC. This makes it very exciting for the spectators, but for us people who like to bet, this would be somewhat of a problem. So without further ado, I will be making my predictions on who are the most likely squads that will be finishing in the podium or even the top 4 squads to place your bets on.

For my first pick, it would be none other than one of the favorites that I mentioned above. It would be the South East Asian team, TNC Predators. Out of all the competitors out there, they have been the closest to a complete looking team just after the TI shuffle. Most of the other squads that will be playing here have suffered some form of the lineup change. However, just recently during ESL Hamburg, TNC not only showed us that they have already adjusted, but are already back to their winning ways.

If you remembered in the Hamburg tournament, TNC only lost one match during the group stages and the playoffs, and that was against Wind and Rain when they drew on the third day of the Group Stage. After that, they demolished their competition in the upper brackets to secure their spot on the finals. At this point, I think TNC is up to grab their first-ever Valve Major. The closest one they got to it was during 2017 in Macau, and OG was there to stop them. Now that there is no OG, I think the path is open for TNC to take it.

Now speaking of potential podium finishers, this one I will be picking will most likely be the other Grand Final competitor. This is none other than Vici Gaming. The Chinese squad actually still kept most of its team intact aside from a few changes. Sure they lost Paparazi and Fade, but as I said, they still have a core of their team intact.

With an incomplete roster in Germany, they still managed to dominate their group, winning 4 games and tying one, which is actually the same record as TNC. And that was without their offlaner Yang. Now Yang is back, and since they will be playing in their homeland, I think that they will be more than happy and excited to play for the crowd. I just wish that TNC and Vici Gaming does not end up in the same group during the Group Stage matches. That would be an insane Group of Death if ever.

My third pick would be none other than the new Alliance roster. I never expected them to be actually that good during the Hamburg tourney, but they surprised me a lot. I think they actually finished third in there if not for a bad clash during their Lower Bracket finals match with Gambit, they would be in the finals. I think Nikobaby’s Mineski experience helped out a lot since he is actually playing like a decent position 1 player now. A few more Major tournaments that he gets to the later stages and I think he will become a force to be reckoned with in the future.

However, this is not just on the merits of Nikobaby alone but on the whole Alliance organization itself. It seems that they have managed to click and gel together as a team considering a month ago, they were drafted from just a ragtag band of players from other organizations and slumped together as a team. I shudder what to think if ever they become a single cohesive unit, I think that will be the time that Alliance returns as a big contender in a lot of events.

And now for my dark horse pick. I think it would not surprise me if Gambit ends up as one of the top 3 competitors. I mean if we consider their performance during Hamburg, then I can say that they actually have surprised everyone that they can be that effective. However, that somewhat looks like a fluke that they achieved it since it was just after one of the biggest lineup shuffles in the history of Dota 2. If ever Gambit Esports can pull up performances like these after a few months or after a few Valve sanctioned premier tournaments, then I can say that I am a believer.

However, I am still giving them a benefit of the doubt since getting on a Finals of a tournament is not an easy thing to do. They look similar to the current lineup of Alliance, which is just a ragtag group lumped together into an organization, but if it works, it works right? Like I said, if Gambit manages to pull at least a few more podium finishes in the next few events, then they will become favorites very quick. And for a new gaming organization that just entered the Dota 2 scene not even 2 years ago, that is actually a feat to behold.

If you have your own betting predictions for the Dota 2 Chengdu Major, then feel free to share them in the comment below!